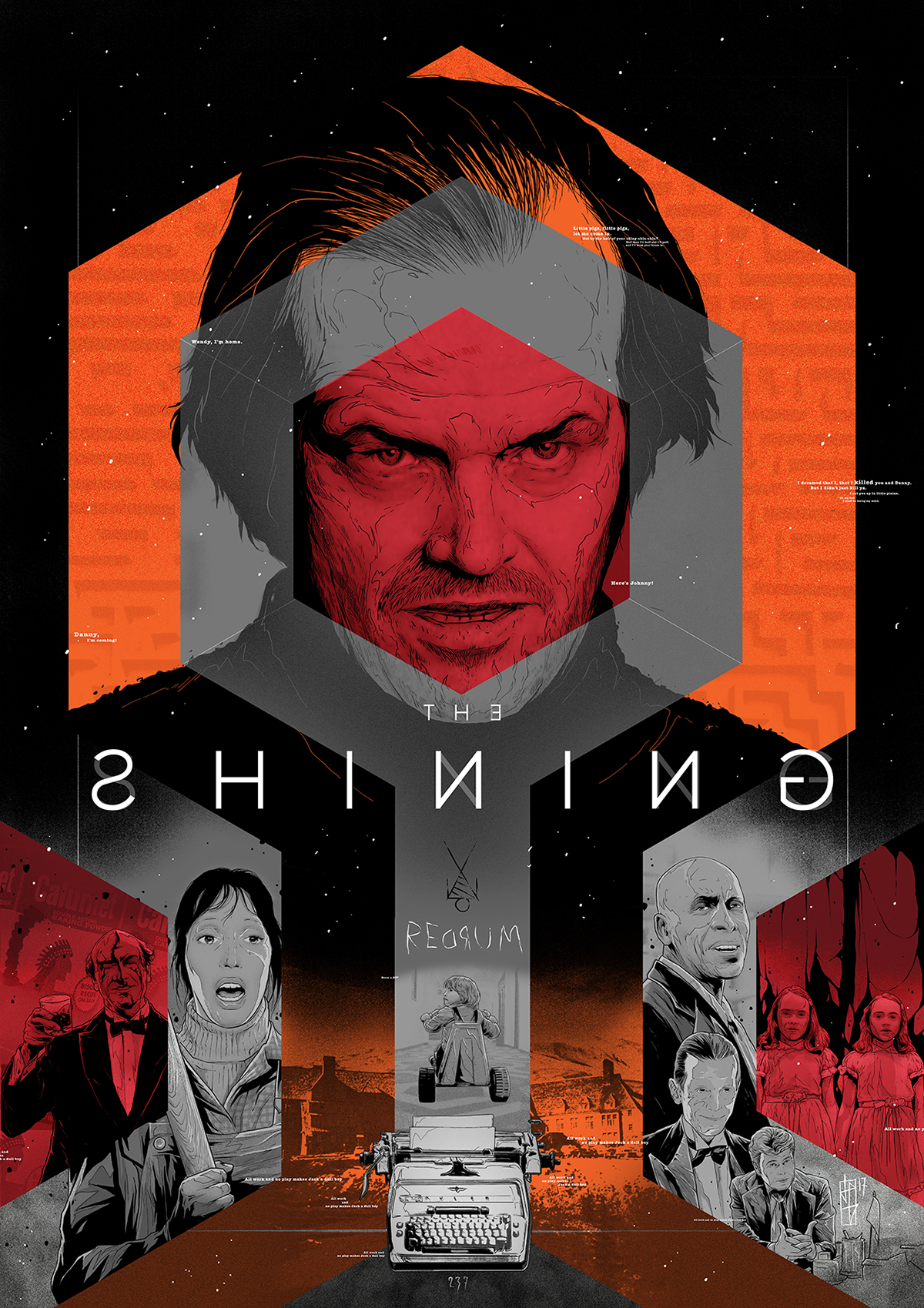 Stanley Kubrick’s Shining Based On The Novel By Stephen King 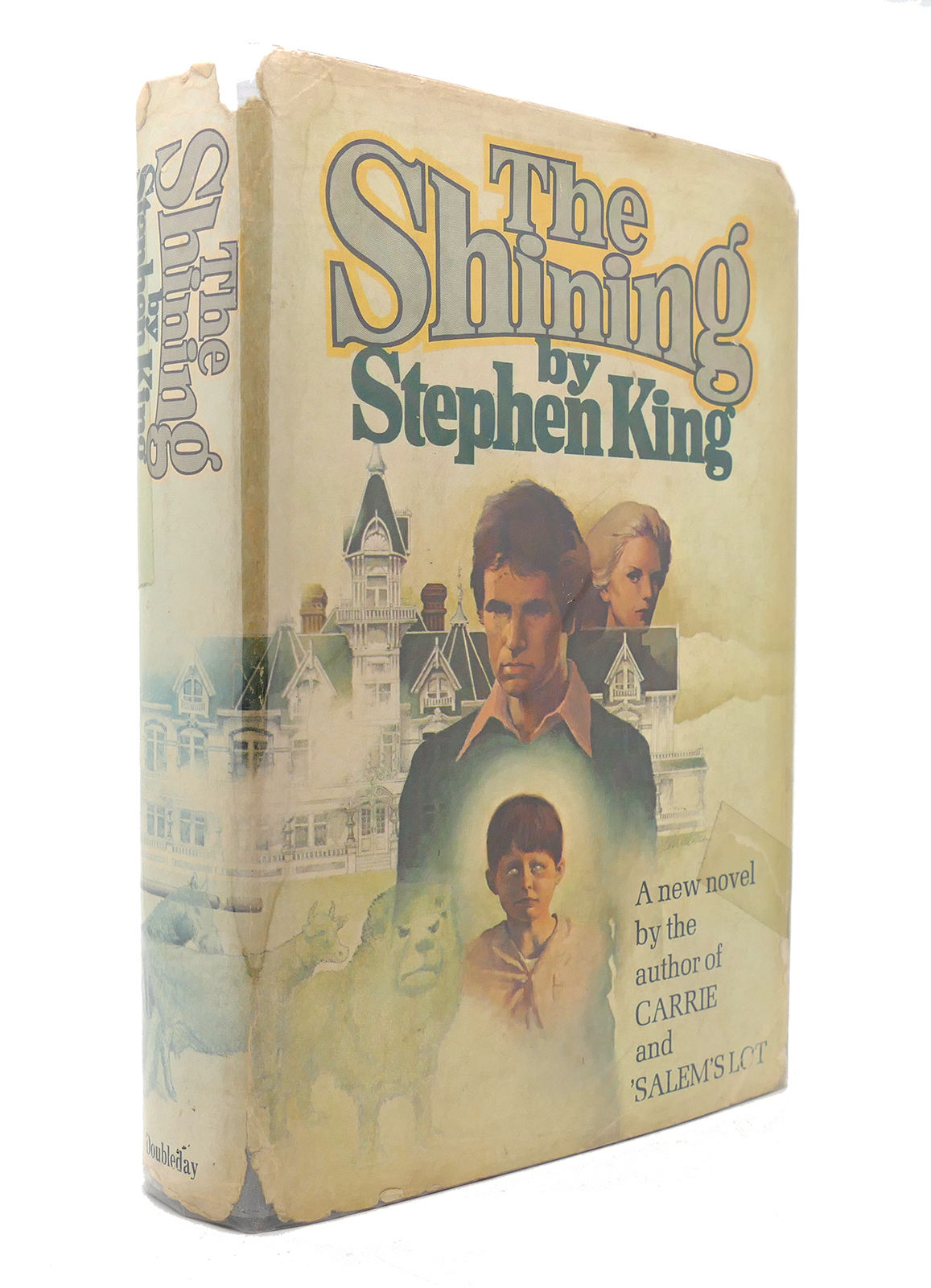 The Shining is a 1977 horror novel by American author Stephen King.
It is King’s third published novel and first hardback bestseller; its success firmly established King as a preeminent author in the horror genre.
The setting and characters are influenced by King’s personal experiences, including both his visit to The Stanley Hotel in 1974 and his struggle with alcoholism.
The novel was adapted into a 1980 film of the same name. 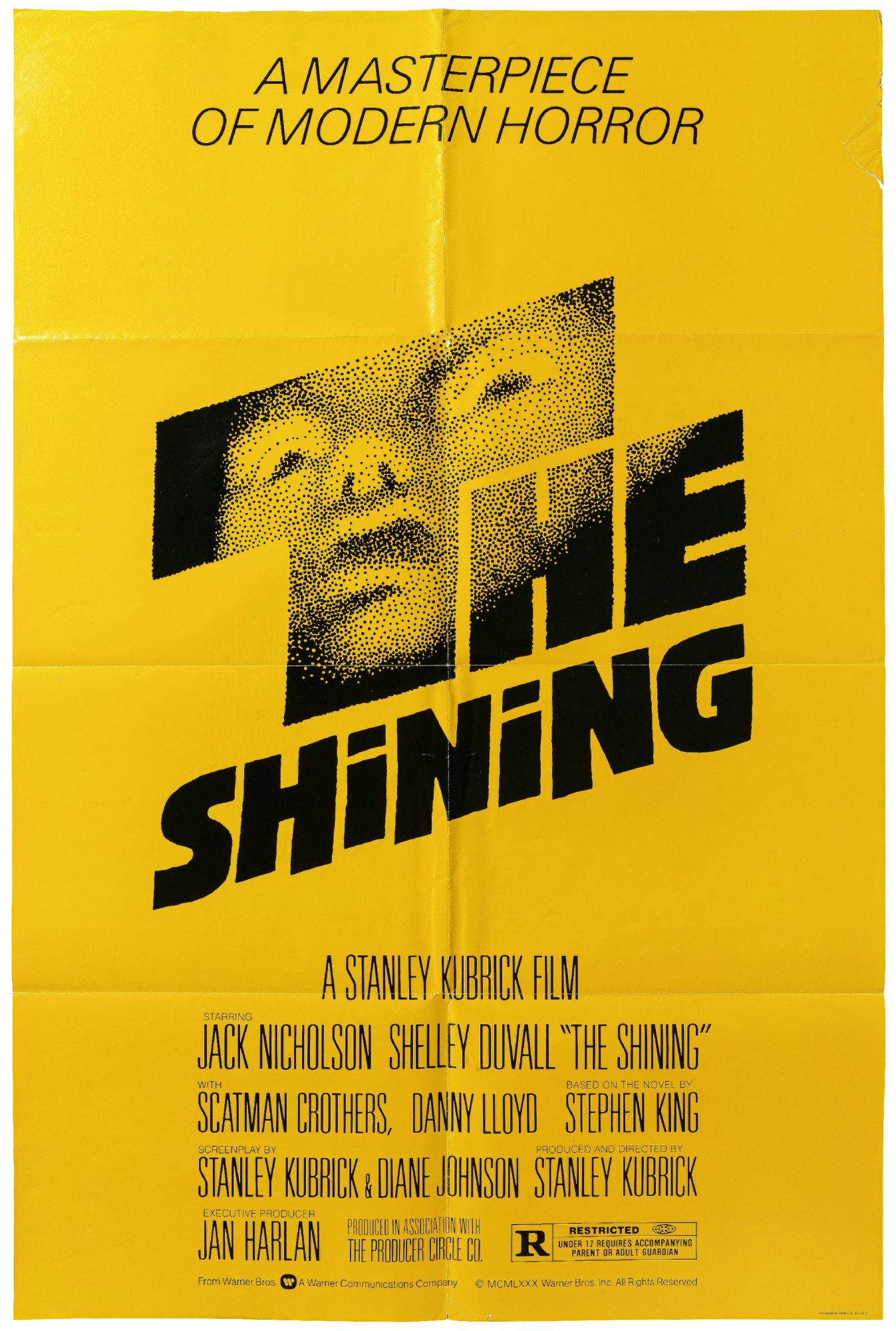 The psychological horror film was produced and directed by Stanley Kubrick and co-written with novelist Diane Johnson.
Stanely Kubrick :
“It was the first time that I had read to the end a novel that was sent to me with a view to a possible film adaptation.
I was absorbed in its reading and it seemed to me that its plot, ideas and structure were much more imaginative than usual in the horror genre; I thought that a great movie could come from there”.

Jack Nicholson was Kubrick’s first choice for the role of Jack Torrance ; Stephen King, for his part, disavowed Nicholson because he thought that, since he had shot One Flew Over the Cuckoo’s Nest, the viewer would tend to consider him too quickly as an unstable individual.
But from the beginning the writer was told that the actor for the lead role “was not negotiable”. 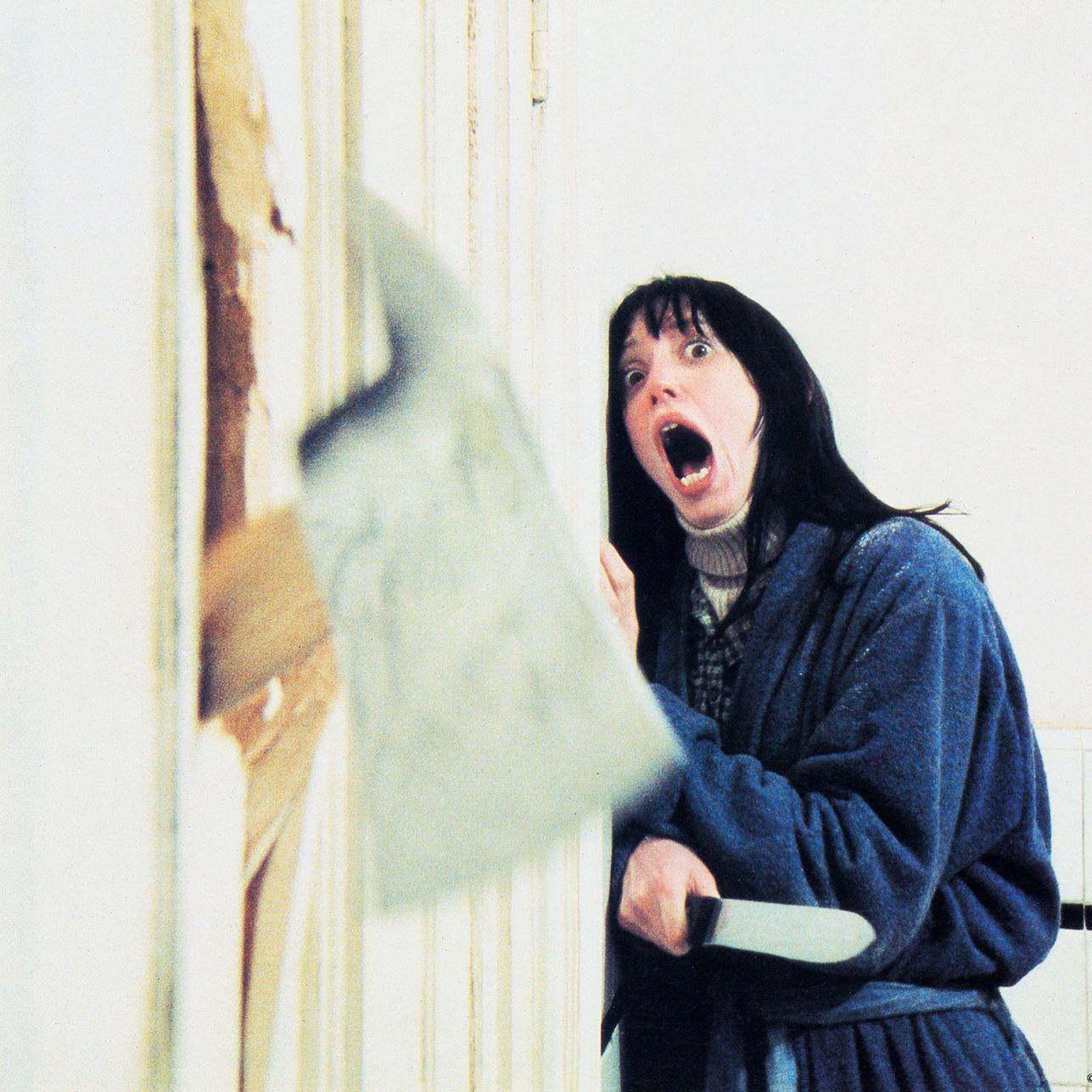 Although Jack Nicholson initially suggested that Jessica Lange would be a better fit for Stephen King’s Wendy, Shelley Duvall knew early on that she was the one cast for the role.
Unlike the character in the novel, the Wendy in the film would have a vulnerable personality, weak of character and submissive towards her husband.
In this way, and according to the sociological interpretation of the film, Kubrick wanted to highlight machismo more starkly as one of the manifestations of master-servant power relations.
To carve out that character of her and give her more credibility, throughout the filming the director pushed her to her limit, even going so far as to humiliate her in front of all of her colleagues. 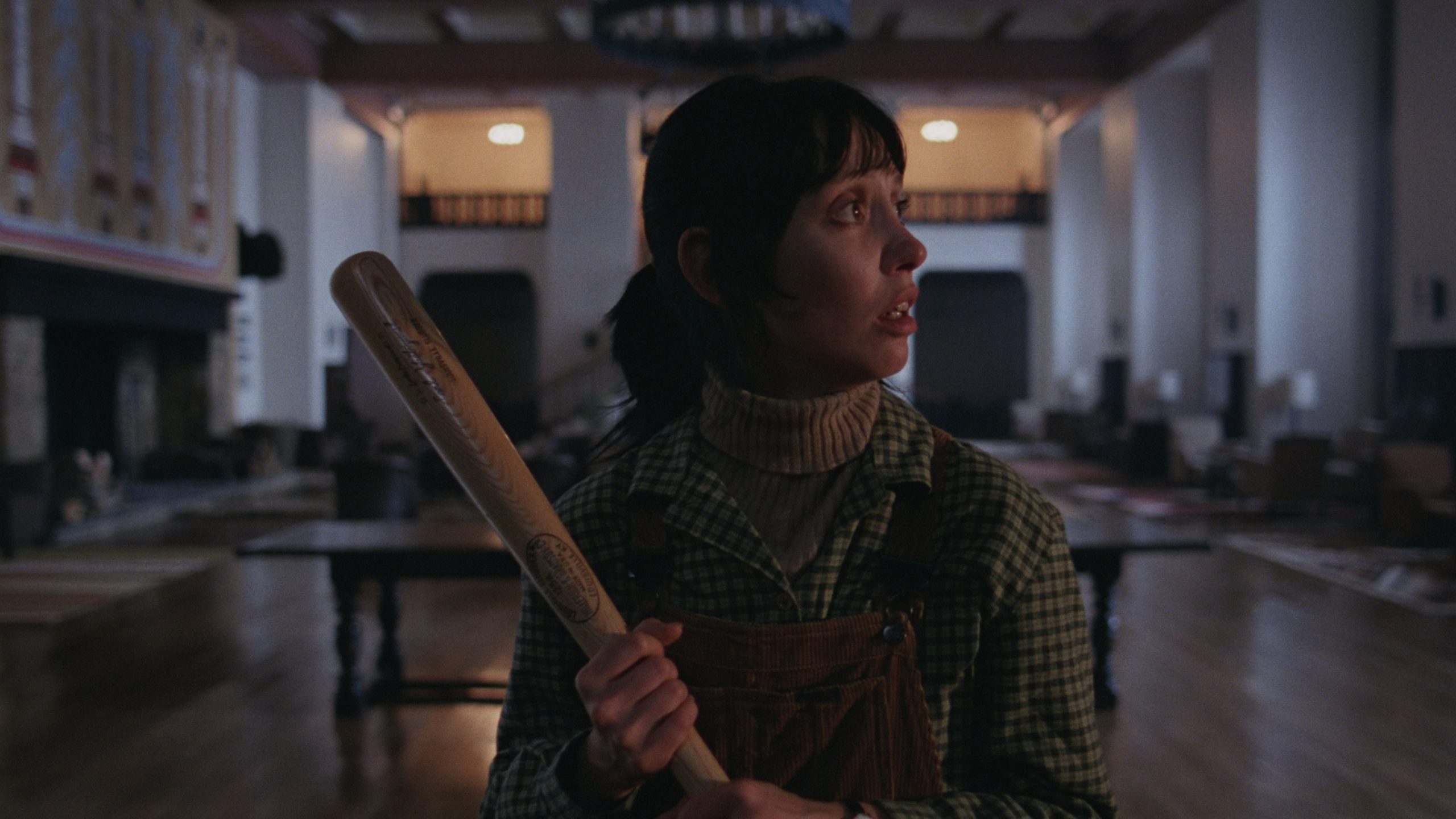 It is said that the scene in which, armed with the baseball bat, she goes back down the stairs before the attack of her husband (one of the most reshot scenes in all of cinema), she was not representing a terrified woman; Shelley “was” literally “terrified”.
According to the Guinness Book of Records, Kubrick demanded the shot be repeated 127 times. 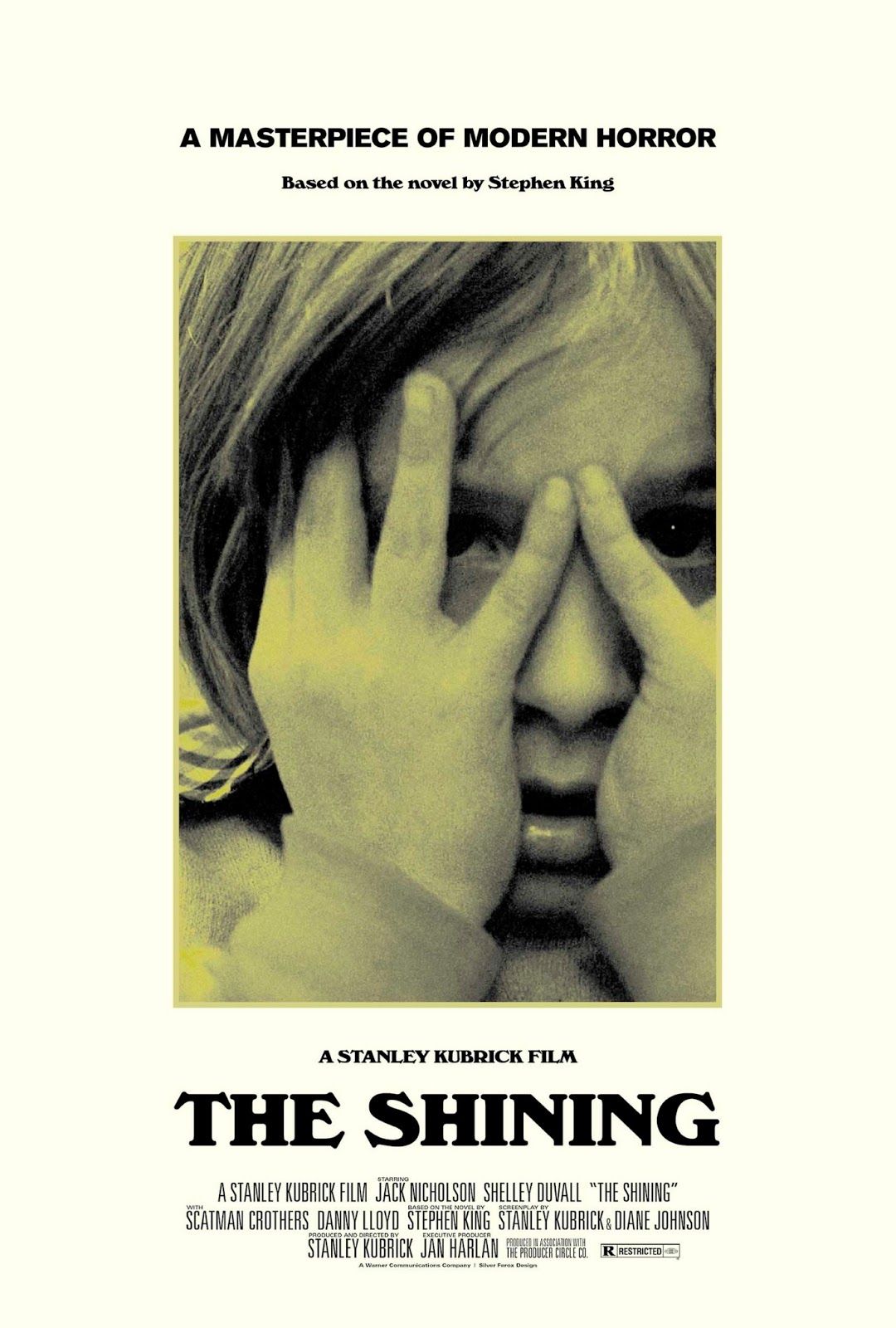 The director’s initial candidate to play the role of the Torrance’s son was Cary Guffey (Close Encounters of the Third Kind), but the young actor’s parents prevented him, claiming that it was a film too gruesome for a child.
In his search to find the right actor to play Danny, Kubrick sent a husband and wife team, Leon (who portrayed Lord Bullingdon in Barry Lyndon) and Kersti Vitali, to Chicago, Denver, and Cincinnati to create an interview pool of 5,000 boys over a six-month period.
These cities were chosen since Kubrick was looking for a boy with an accent that fell in between Jack Nicholson’s and Shelley Duvall’s speech patterns.
During the filming, the little actor Danny Lloyd was protected in a special way by Kubrick ; in fact, the boy believed at all times that he was shooting a drama, not a horror movie. 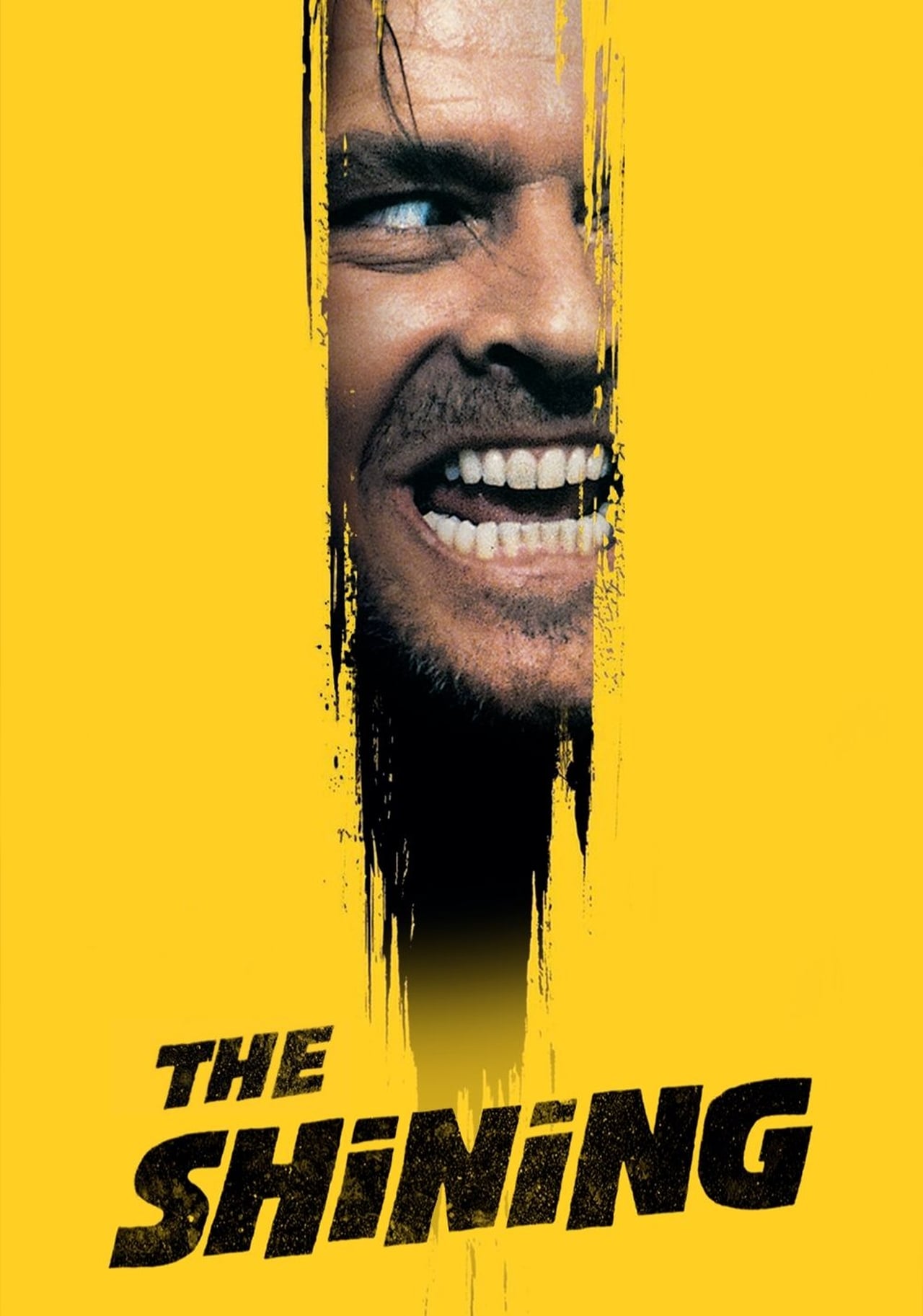 The film’s central character is Jack Torrance, an aspiring writer and recovering alcoholic who accepts a position as the off-season caretaker of the isolated historic Overlook Hotel in the Colorado Rockies, with his wife, Wendy Torrance, and young son, Danny Torrance.
Danny is gifted with “the shining”, psychic abilities that enable him to see into the hotel’s horrific past.
After a winter storm leaves the Torrances snowbound, Jack’s sanity deteriorates due to the influence of the supernatural forces that inhabit the hotel. 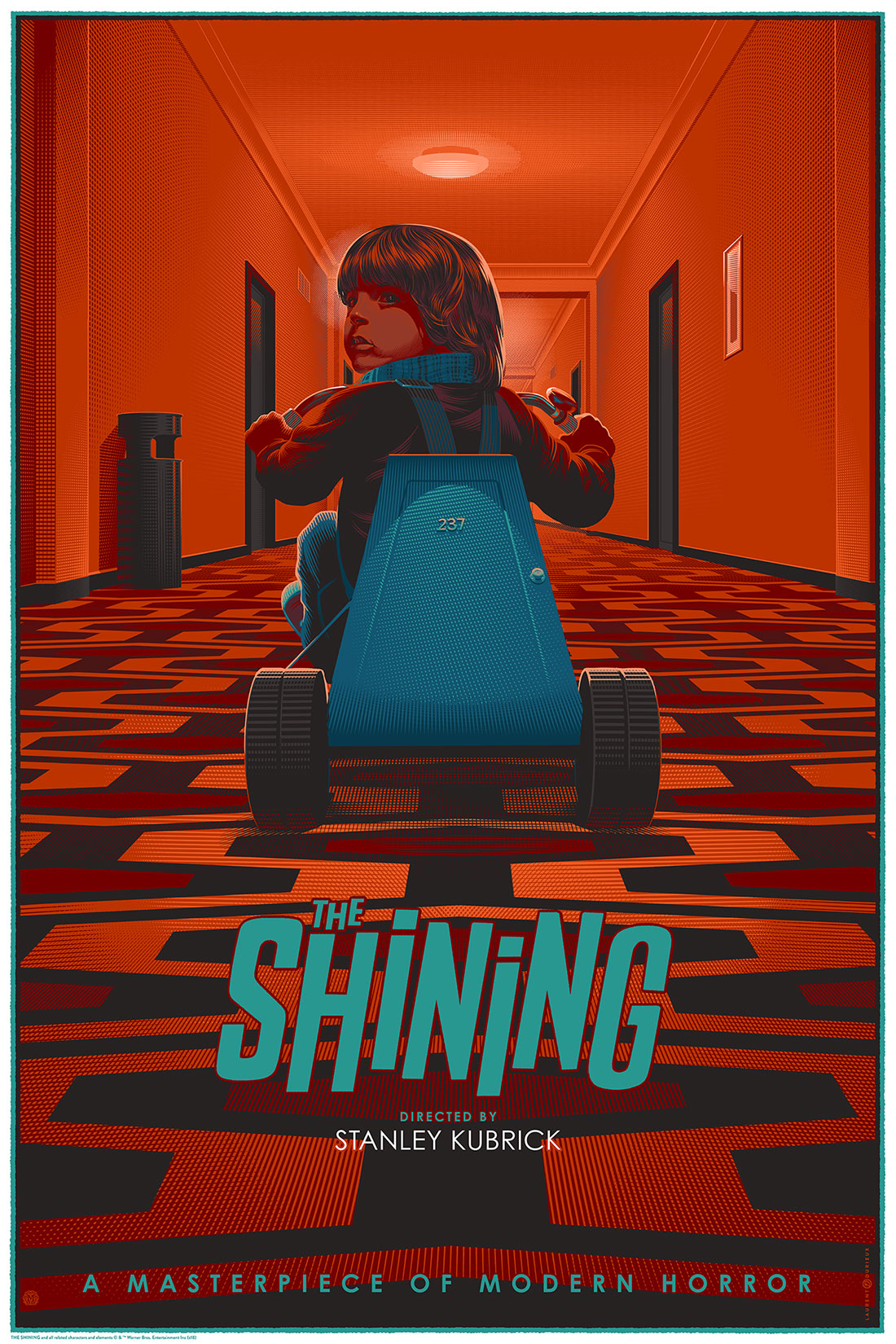 Reactions to the film at the time of its release were mixed.
Janet Maslin of The New York Times lauded Nicholson’s performance and praised the Overlook Hotel as an effective setting for horror, but wrote that “the supernatural story knows frustratingly little rhyme or reason … Even the film’s most startling horrific images seem overbearing and perhaps even irrelevant”.
Stephen King criticized the film due to its deviations from the novel : “What’s basically wrong with Kubrick’s version of The Shining is that it’s a film by a man who thinks too much and feels too little ; and that’s why, for all its virtuoso effects, it never gets you by the throat and hangs on the way real horror should”.
Critical opinion has become more favorable, with the film now widely considered one of the greatest and most influential horror films ever made and a staple of pop culture.
In 2018, the film was selected for preservation in the United States National Film Registry by the Library of Congress as being “culturally, historically, or aesthetically significant”. 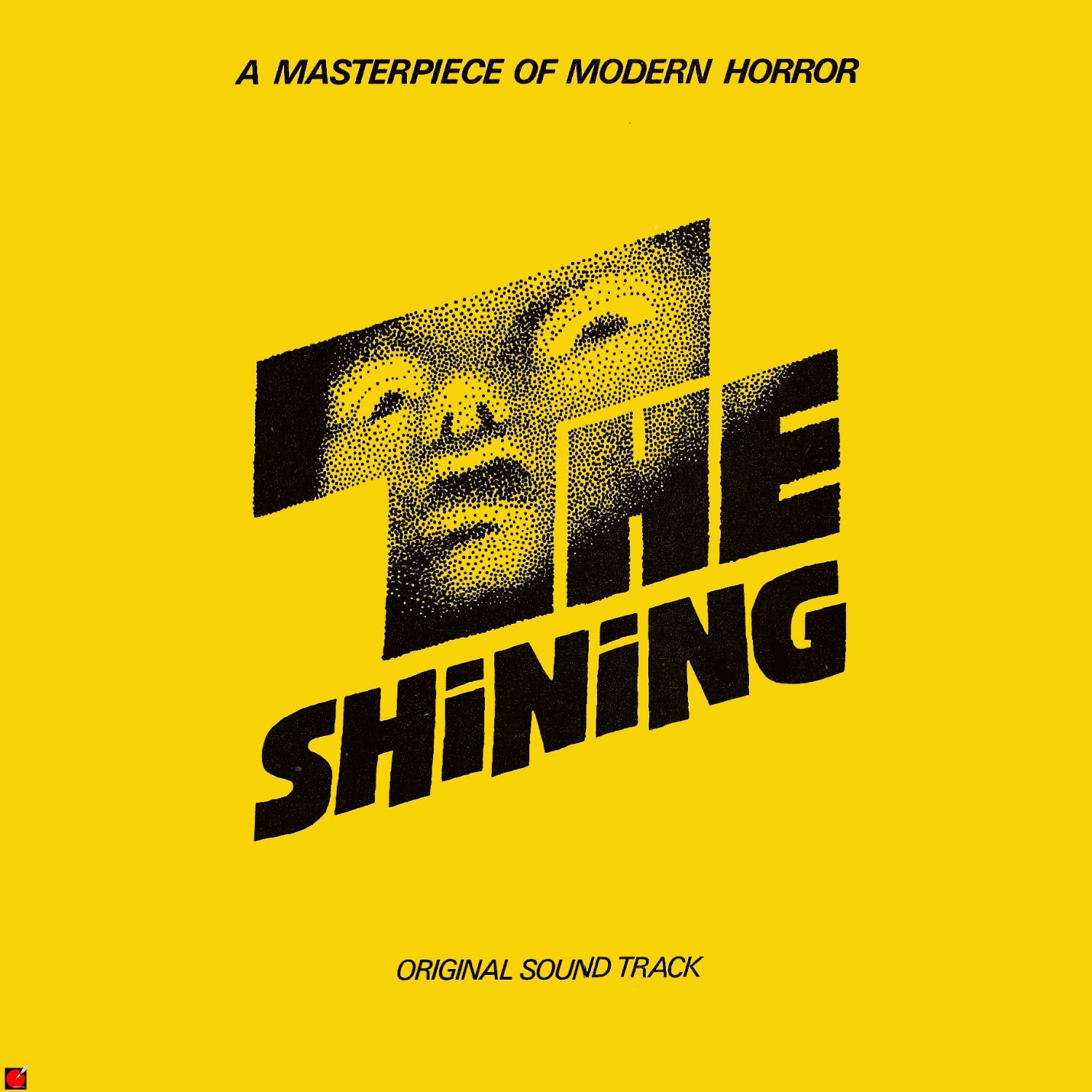 The stylistically modernist art-music chosen by Kubrick is similar to the repertoire he first explored in 2001: A Space Odyssey.
Although the repertoire was selected by Kubrick, the process of matching passages of music to motion picture was left almost entirely at the discretion of music editor Gordon Stainforth, whose work on this film is known for the attention to fine details and remarkably precise synchronization without excessive splicing. 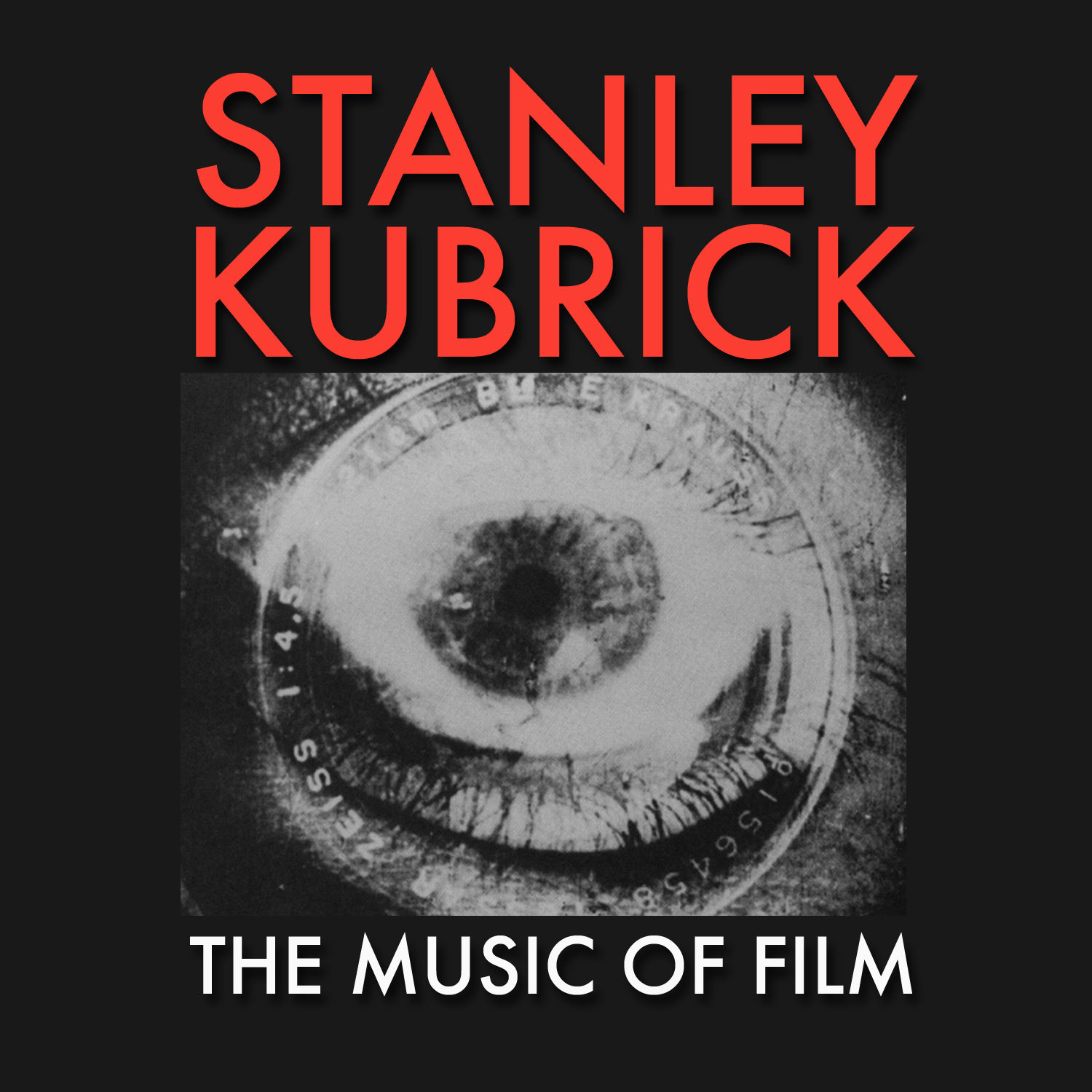 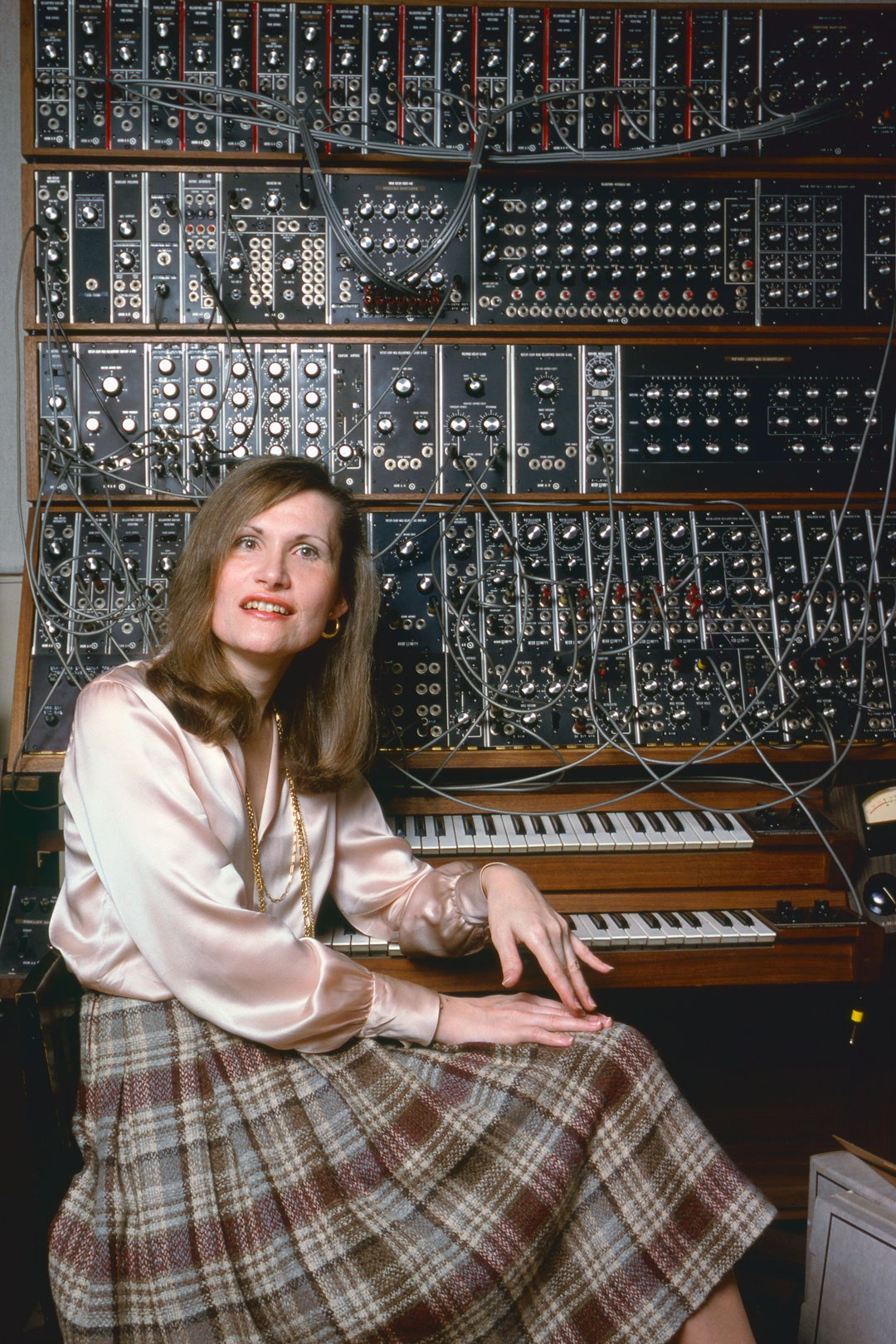 Upon their arrival at Elstree Studios, Wendy Carlos and Rachel Elkind were shown the first version of the film by Kubrick :
“The film was a little on the long side.
There were great gobs of scenes that never made it to the film.
There was a whole strange and mystical scene in which Jack Nicholson discovers objects that have been arranged in his working space in the ballroom with arrows and things.
He walks down and thinks he hears a voice and a ghost throws a ball back to him.
None of that made it to the final film.
We scored a lot of those.
We didn’t know what was going to be used for sure”.
After having something similar happen to her on Clockwork Orange, Carlos has said that she was so disillusioned by Kubrick’s actions that she vowed never to work with him again.
Her own music was released in its near entirety in 2005 as part of her Rediscovering Lost Scores compilation. 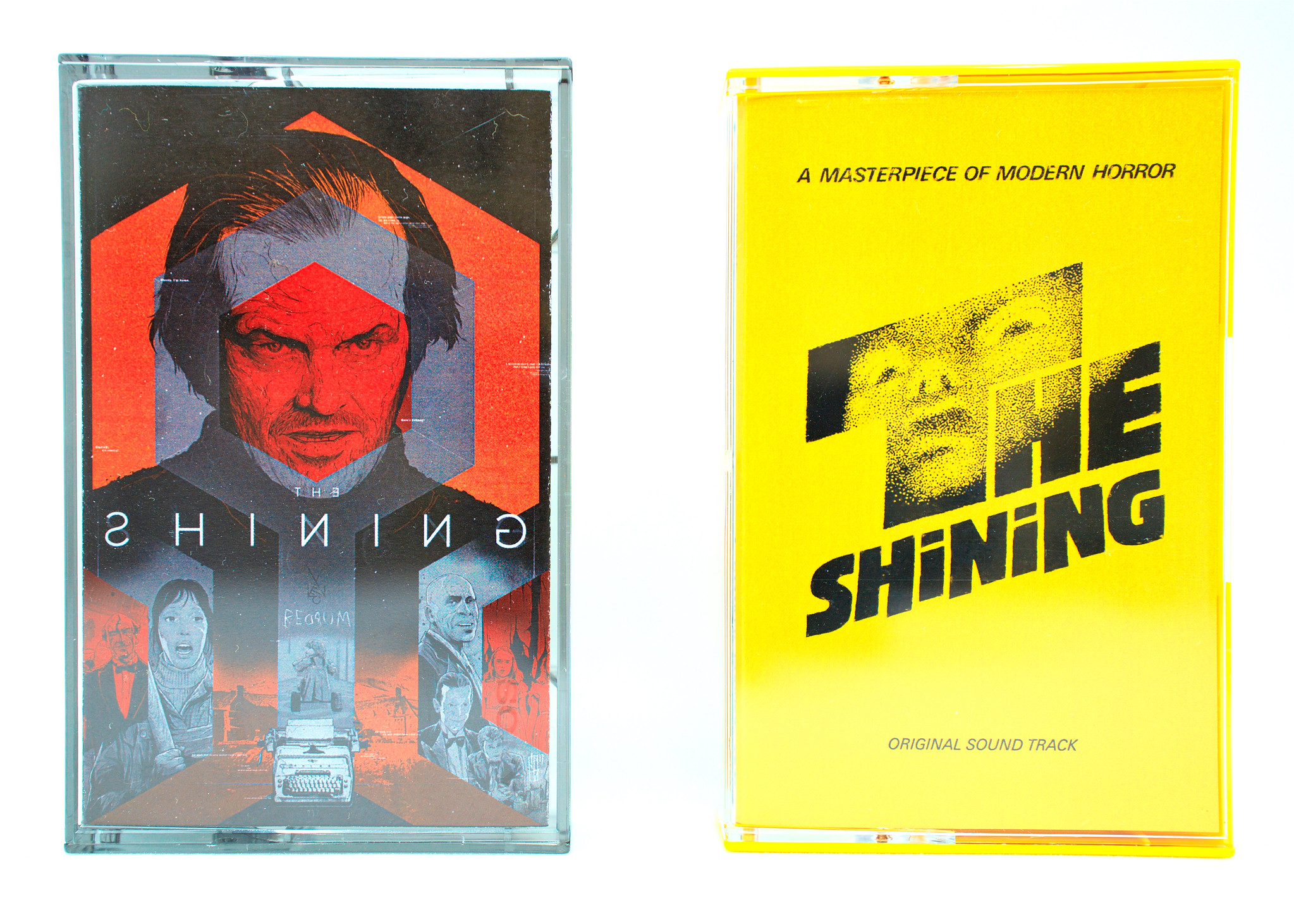