“We believe America is at its best when every voice is heard.
This is the most important election in our nation’s history.
Our democracy is at risk.
Your vote is your voice, and it’s time to use it.”
Eddie Vedder 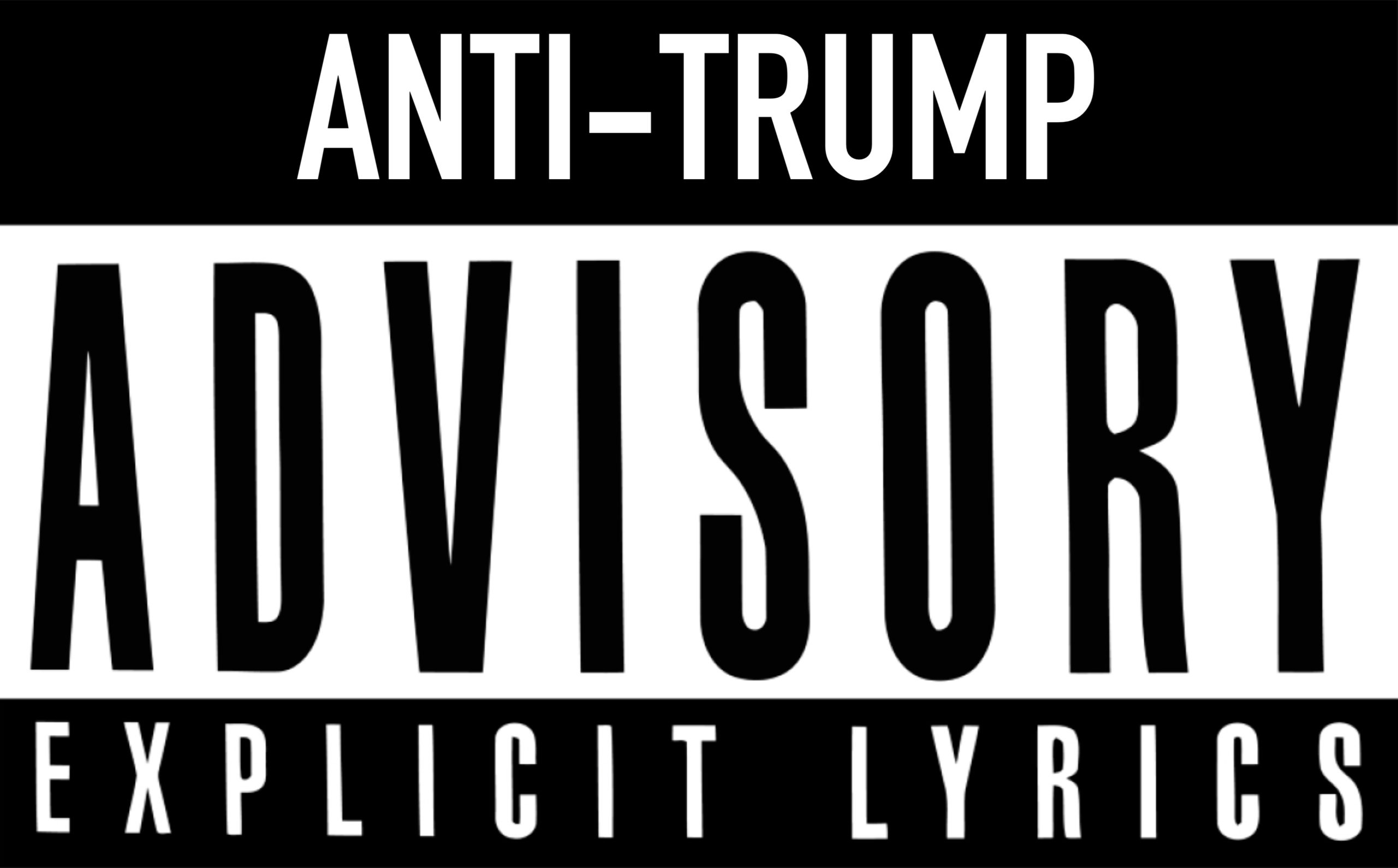 American Idiot • Green Day
Don’t wanna be an American idiot
Don’t want a nation under the new mania
And can you hear the sound of hysteria?
The subliminal mind-fuck America
[…]
Well maybe I’m the faggot America
I’m not a part of a redneck agenda
Now everybody do the propaganda
And sing along to the age of paranoia 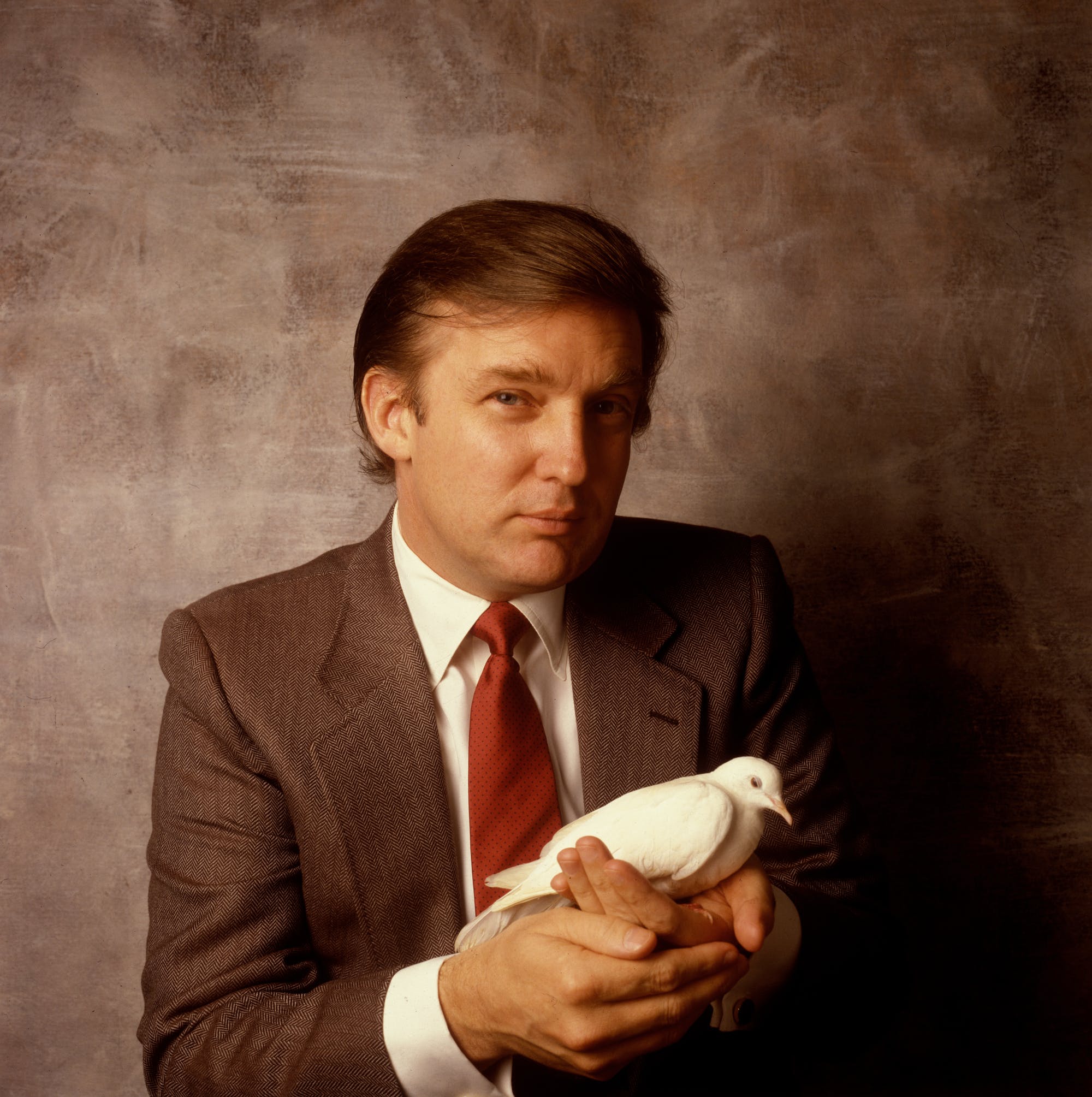 Donald Trump by by William Coupon

Funky President (People It’s Bad) • James Brown
Hey country, didn’t say what you meant
Just changed the brand new funky president
Stock market going up, jobs going down
There ain’t no funky job to be found
Tax keeps going up
I changed from a glass, now I drink from a paper cup
Gettin’ bad
[…]
People people
We gotta get over before we go under
Listen to me
Lets get together and raise
Lets get together and get some land
Raise our food like the man
Save our money like the mob
Put up the fight, own the job 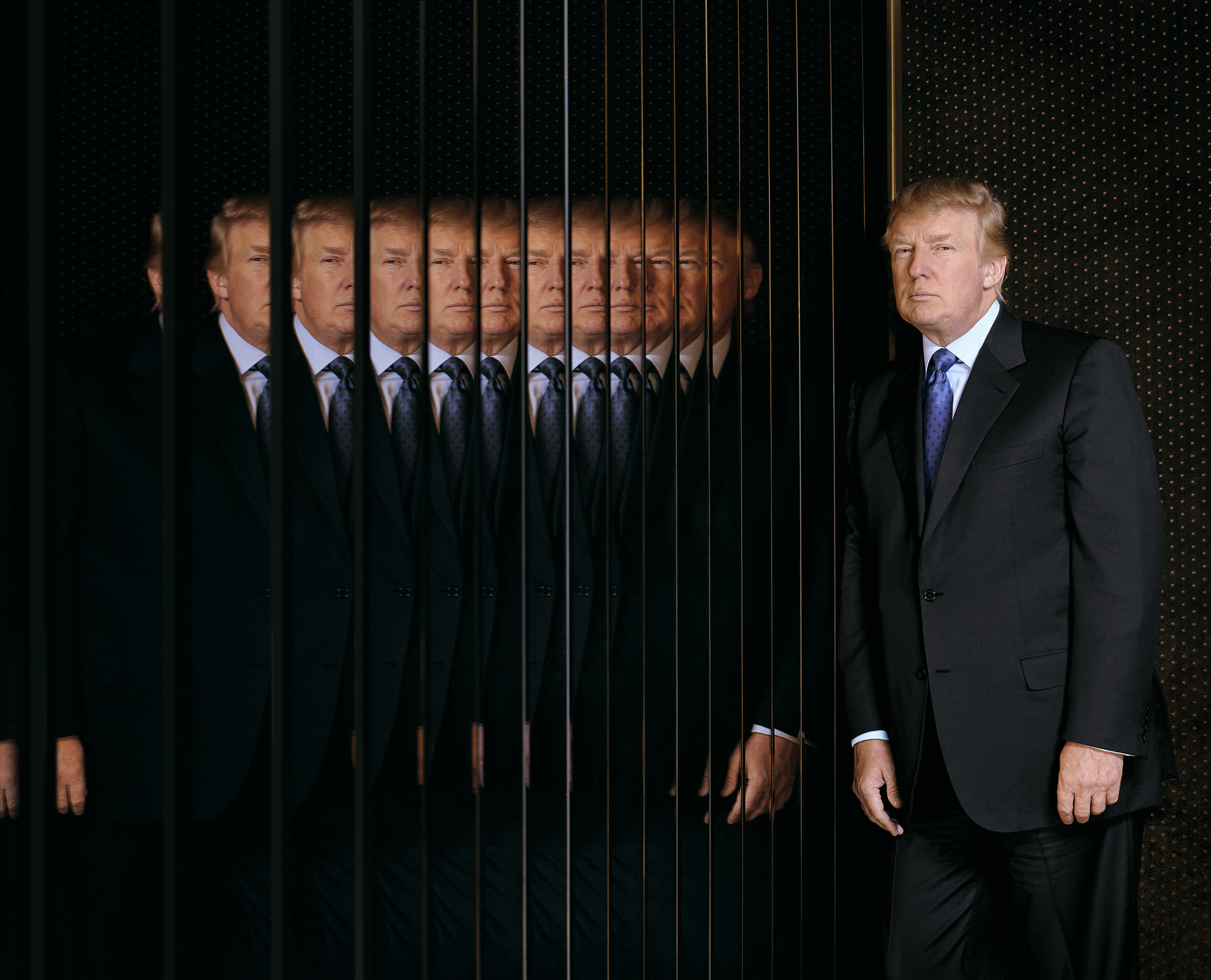 President Gas • The Psychedelic Furs
You have to have a party
When you’re in a state like this
You can really move it all
You have to vote and change
[…]
Don’t cry, don’t do anything
No lies, back in the government
No tears, party time is here again
President gas is up for president

State Of The Union • Public Enemy 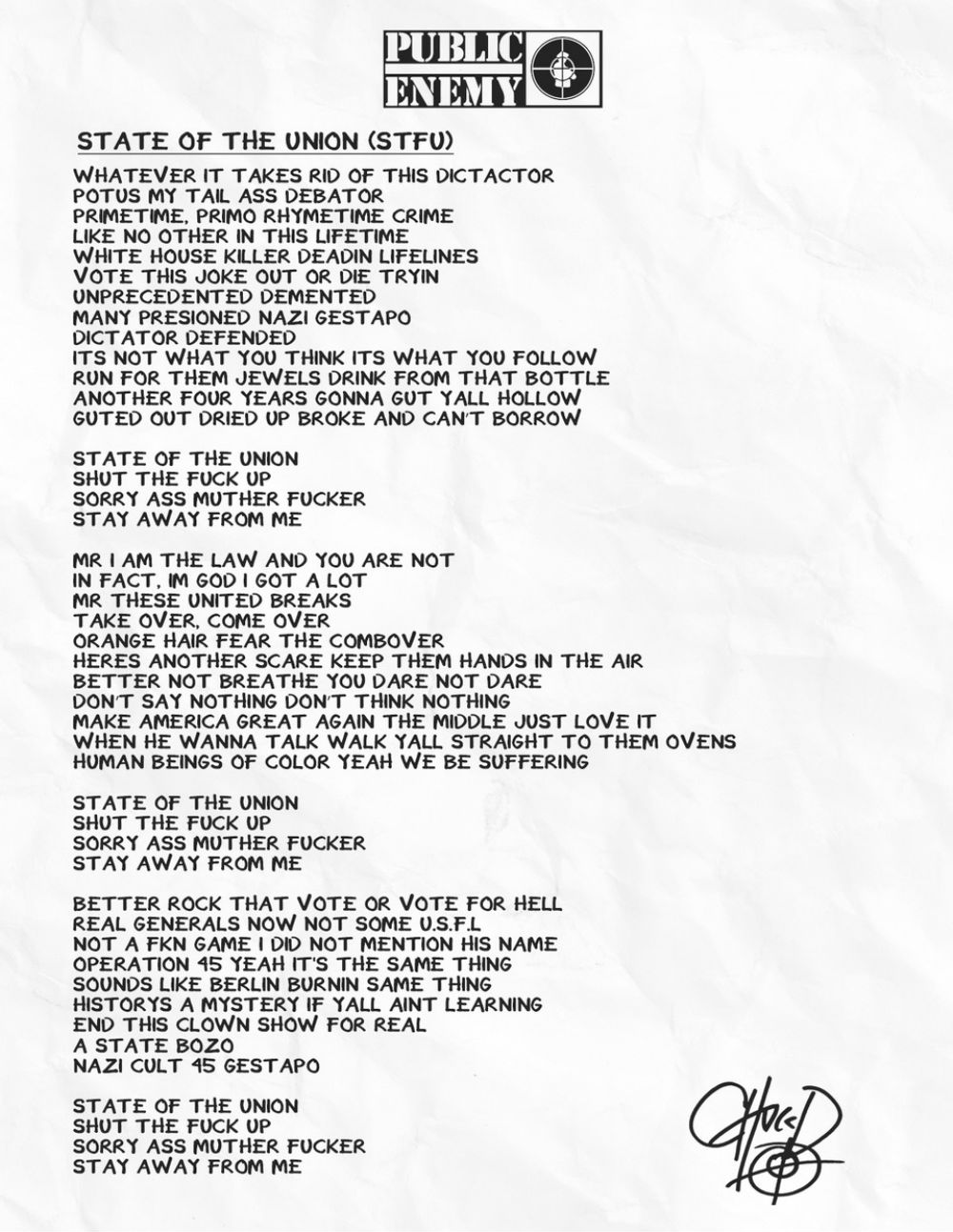 American Pie (outro) • Don McLean
They were singing bye, bye, Miss American Pie
Drove my Chevy to the levee but the levee was dry
Them good ole boys were drinking whiskey ‘n rye
And singin’ this’ll be the day that I die 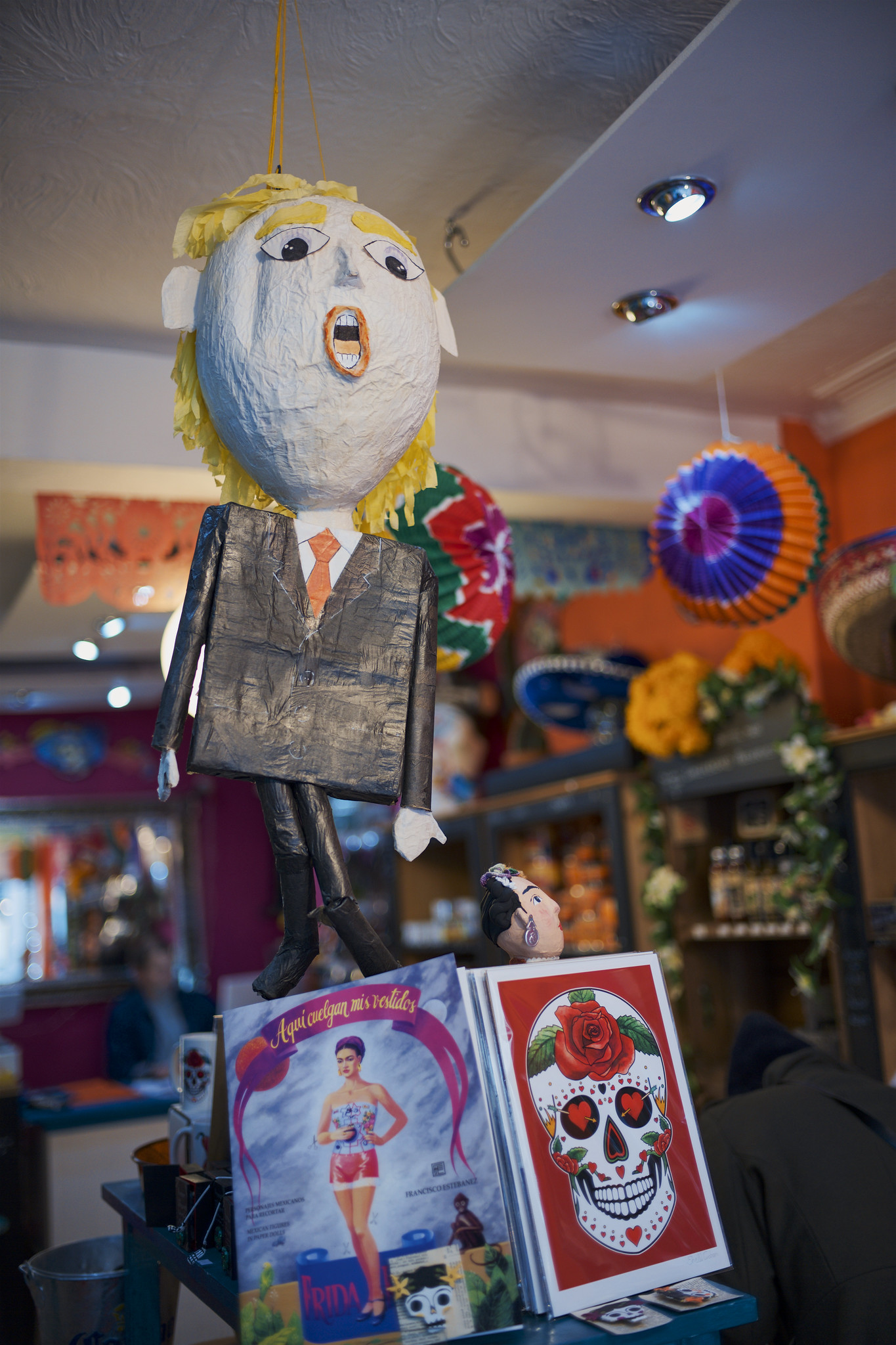 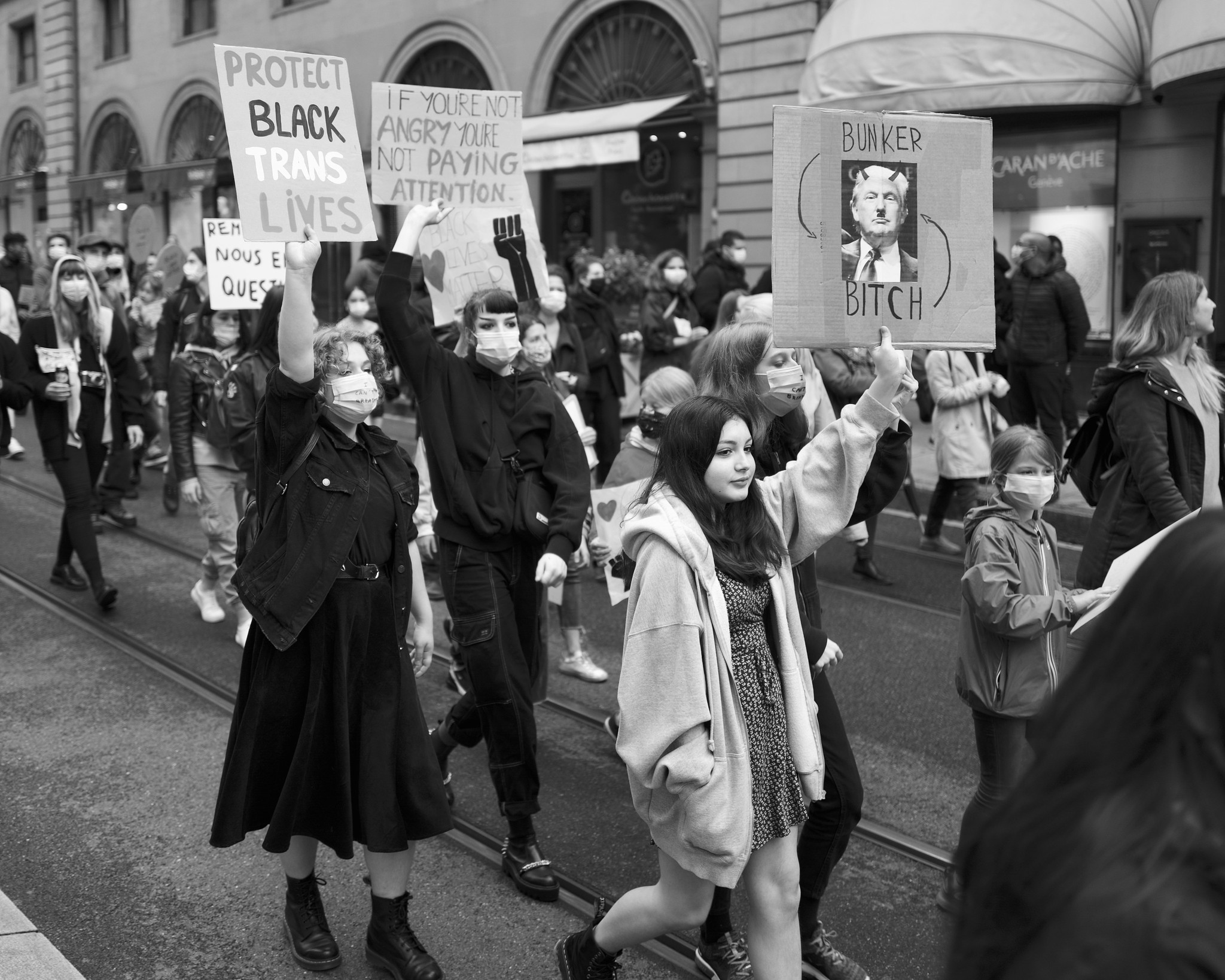 2020 Democratic National Convention • Barack Obama
I did hope, for the sake of our country, that Donald Trump might show some interest in taking the job seriously ;
that he might come to feel the weight of the office and discover some reverence for the democracy that had been placed in his care.
But he never did.
For close to four years now, he’s shown no interest in putting in the work ;
no interest in finding common ground ;
no interest in using the awesome power of his office to help anyone but himself and his friends ;
no interest in treating the presidency as anything but one more reality show that he can use to get the attention he craves.
Donald Trump hasn’t grown into the job because he can’t.
And the consequences of that failure are severe. 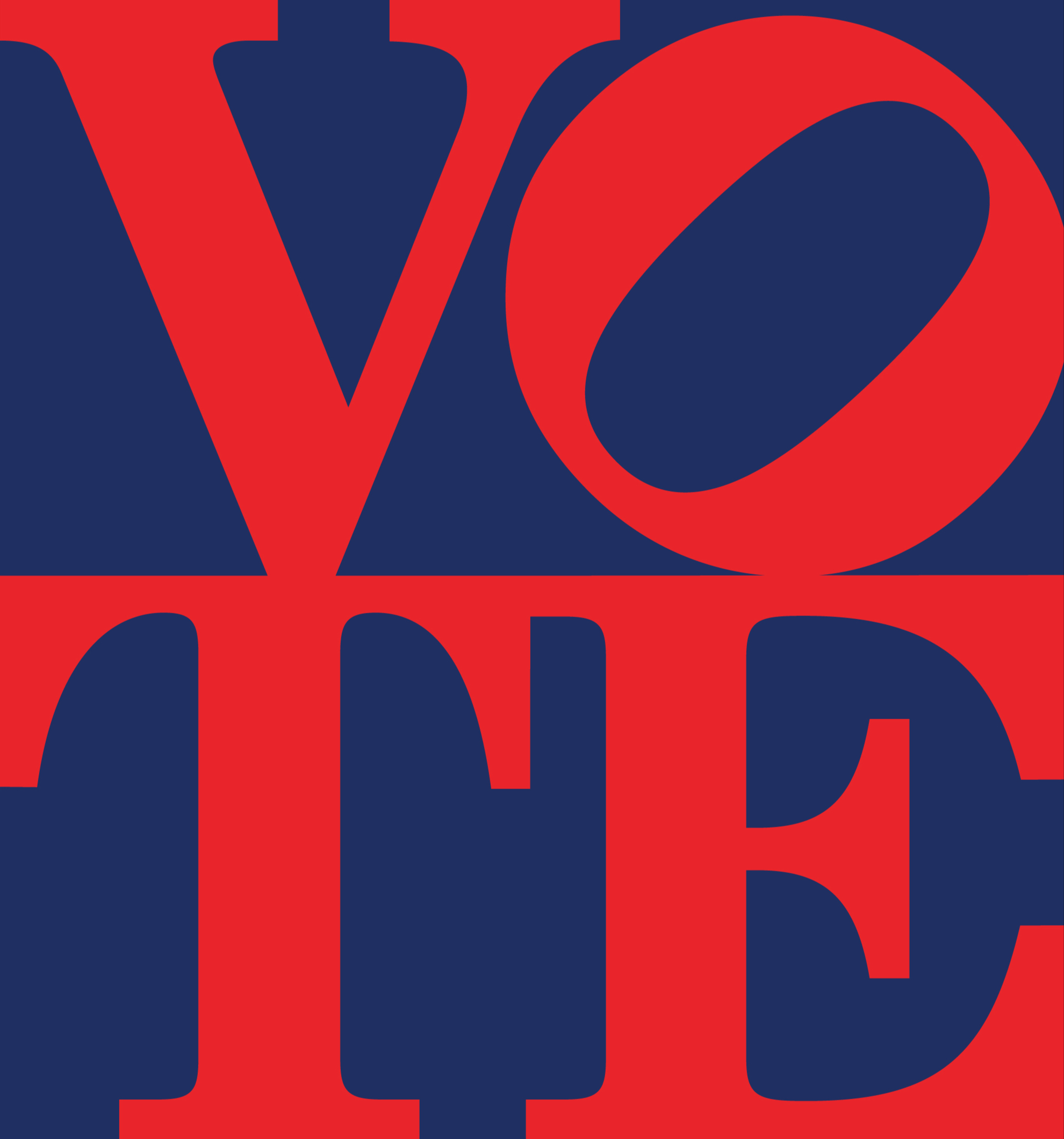 Campaign Speech • Eminem
You say Trump don’t kiss ass like a puppet
‘Cause he runs his campaign with his own cash for the fundin’
And that’s what you wanted
A fuckin’ loose cannon who’s blunt with his hand on the button
Who doesn’t have to answer to no one
Great idea!

Rockin’ in the Free World • Neil Young
There’s colors on the street
Red, white and blue
People shufflin’ their feet
People sleepin’ in their shoes
But there’s a warnin’ sign on the road ahead
There’s a lot of people sayin’ we’d be better off dead
Don’t feel like Satan, but I am to them
So I try to forget it, any way I can
Keep on rockin’ in the free world 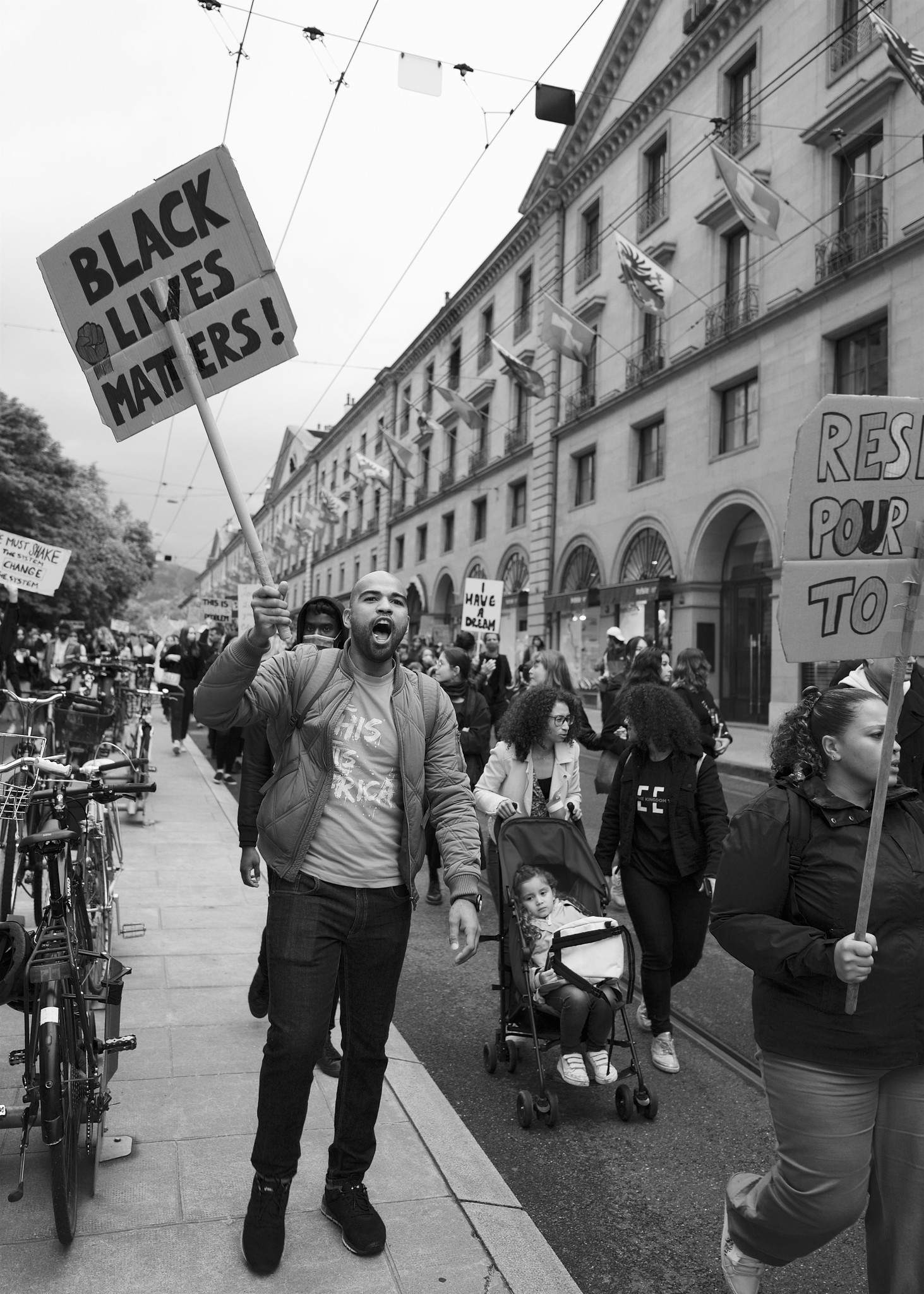 Rob R Is President • Jon Spencer Blues Explosion
Rob K
Huh
Would be president of the USA
[…]
Have you noticed that the only American standards
Are a toilet seats?
And the only true values are hardware stores?
And the only principles
Well, they’ve been busted for
Smoking crack by the neighborhood high school?
I’m fed up
I’m really fed up
I wanna tell you something’s gotta change
Gotta change today

Made In America (feat. Frank Ocean) • Jay-Z & Kanye West
Built a republic, that still stands
I’m trying to lead a nation, to leave to my little man’s
Or my daughter, so I’m boiling this water
The scales was lopsided, I’m just restoring order
Hold up, here comes grandma, what’s up YaYa?
What’s that smell? Oh I’m just boiling some agua
No papa, bad Santa
The streets raised me, pardon my bad manners
I got my liberty, chopping grams up
Street justice, I pray God understand us
I pledge allegiance to all the scramblers
This is the Star Spangled Banner

People Have The Power • Patti Smith
People have the power
The power to dream, to rule
To wrestle the earth from fools
But it’s decreed the people rule 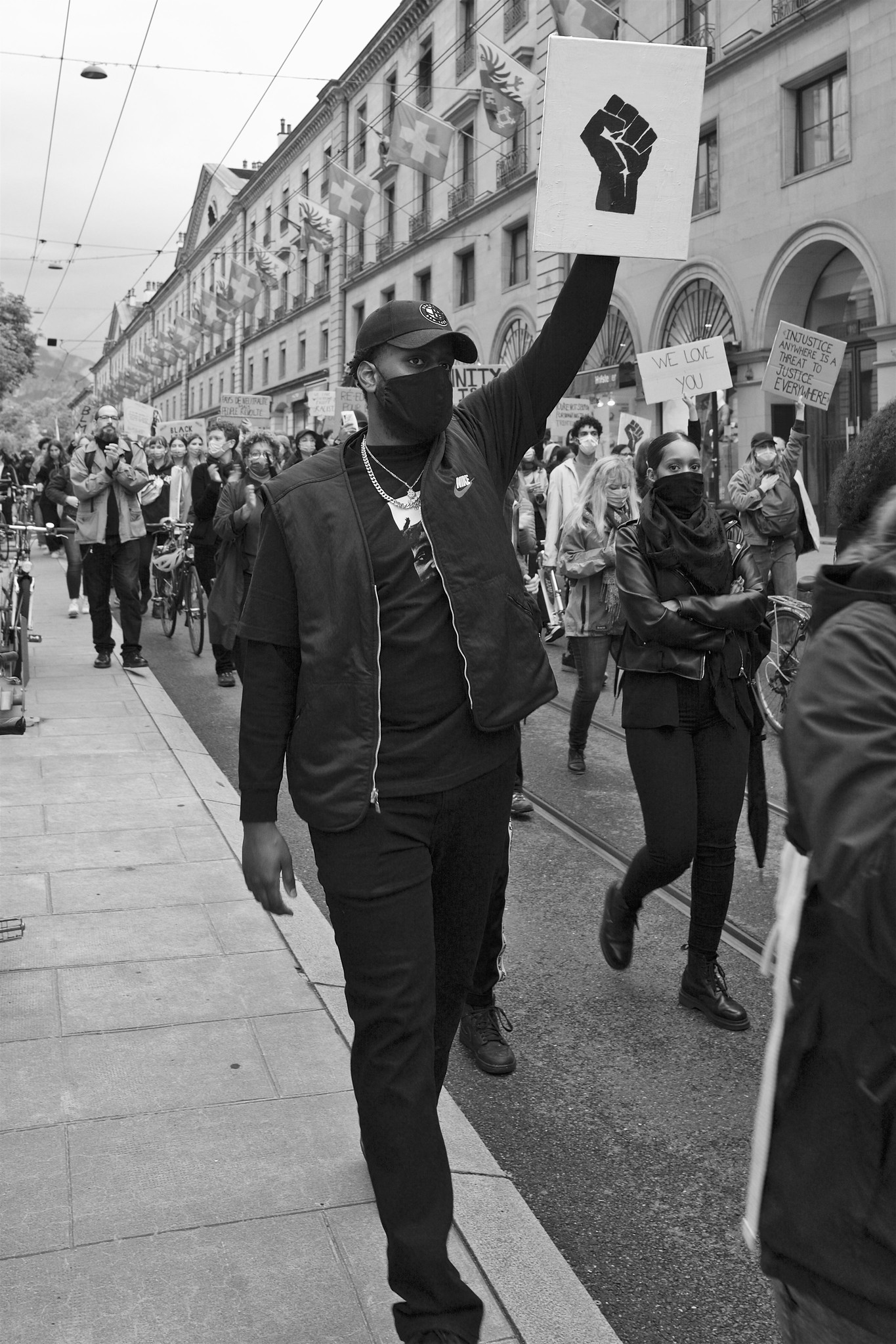 Unfuck the World • Prophets of Rage
Hatred lies divided people
Gorgeous anger deeds of evil
After the fall whom the bell calls
Like we all dancing In a ballroom without balls
Talk-walk look out listen
2020 see now
Currency is attention
Fascism too many cooks in the kitchen
Exploding phones
Killing drones on a mission
I’m elated to get y’all elevated
God remains God yeah and they hate it
On your knees people
Pledge allegiance to the evil
Everything changed yet nothing’s changed
Bold is change, everything looking strange, yeah
Engineers got millennials livin in fear
Give a damn, evil can’t stand yeah
When the people take a stand

Amerika v. 6.0 (The Best We Can Do) • Steve Earle
Look at ya
Yeah, take a look in the mirror now tell me what you see
Another satisfied customer in the front of the line for the American dream
I remember when we was both out on the boulevard
Talkin’ revolution and singin’ the blues
Nowadays it’s letters to the editor and cheatin’ on our taxes
Is the best that we can do
Come on

President Dead • Marilyn Manson
President Dead is clueless
And he’s caught in a headlight, police-stated god
And his skull is stained glass
Incubated and jet set
The bitter thinkers buy their tickets
To go find god like a piggy in a fair
And we don’t want to live forever
And we know that suffering is so much better

2020 Democratic National Convention • Barack Obama
Irish and Italians and Asians and Latinos told to go back where they came from.
Jews and Catholics, Muslims and Sikhs, made to feel suspect for the way they worshipped.
Black Americans chained and whipped and hanged.
Spit on for trying to sit at lunch counters.
Beaten for trying to vote.
If anyone had a right to believe that this democracy did not work, and could not work, it was those Americans.
Our ancestors.
They were on the receiving end of a democracy that had fallen short all their lives.
They knew how far the daily reality of America strayed from the myth.
And yet, instead of giving up, they joined together and said somehow, some way, we are going to make this work.
We are going to bring those words, in our founding documents, to life. 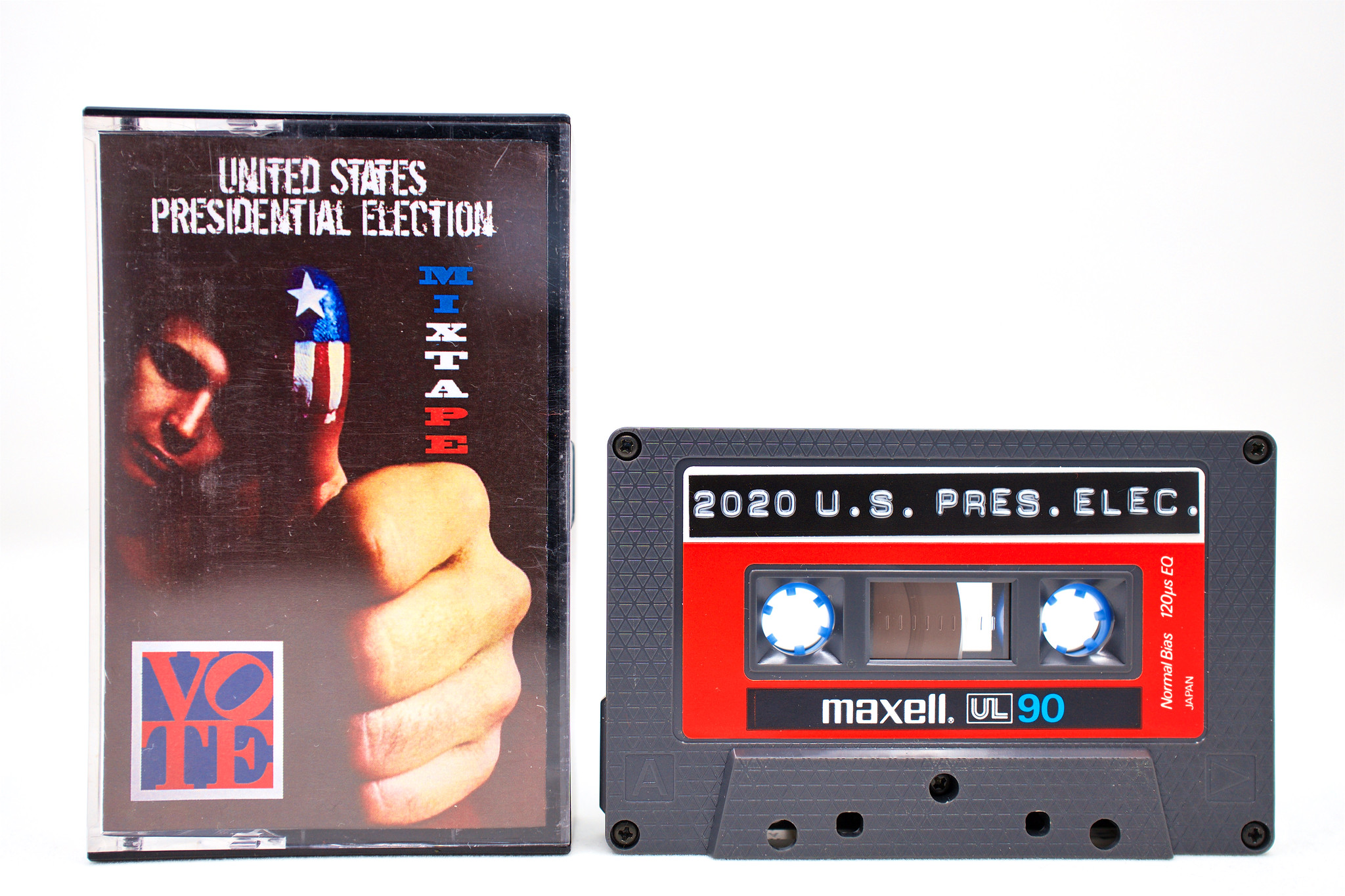 This mixtape is dedicated to democracy.